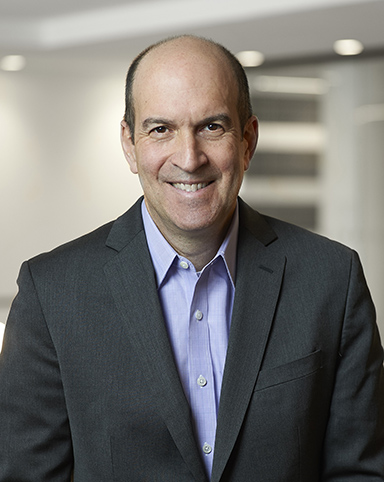 Mark's admiration for innovators was sparked during his years as a client of several law firms, including Lowenstein Sandler. He served as Chief IP, Technology & Sourcing Lawyer globally for JPMorgan Chase, a job he liked, but not as much as he likes working with startups and growth companies. During Mark's eight years at JPMC, he settled multibillion-dollar patent litigation against trolls, handled multibillion-dollar outsourcing agreements, oversaw the merging of J.P. Morgan's intellectual property portfolio with Chase Bank's, and presided over the firm's growing and ambitious patent portfolio.

During his tenure at JPMC, as finance and technology evolved, Mark helped develop a legislative agenda for IP issues involving the financial services industry. His testimony before Congress has influenced a number of patent laws enacted since 1999. In 2005, Mark realized that his greatest professional satisfaction came from serving as IP strategist for the tech companies created at Lab Morgan, JPMorgan Chase's incubator (several of which had successfully gone public). Early in his career, he co-counseled with his friends at Lowenstein Sandler on an emerging tech company, Dialogic. Lowenstein Sandler ultimately represented the company in an IPO and then an $800 million sale to Intel. When Mark decided to return to a steady diet of tech startups, he spoke with only one law firm...and Lowenstein became his new home.

As chair of the firm's IP Group, Mark is heavily involved in issues relating to the licensing and use of software, digital and social media, data, fintech, open source, blockchain, SaaS, enterprise, and hardware (including medical devices). He continues to manage and assess a wide range of process, software, and business method patents, and he provides strategic advice on issues ranging from litigation assessment to patent scope, open source, trademarks, privacy, and ownership risks.

An electrical engineer by training, Mark started his career at a shoe factory in New Hampshire, his home state, performing a series of jobs that subsequently moved offshore, underscoring the need for America to innovate.

Mark leads several groups focused on startups. He is co-founder and program chair of VentureCrushFG, which provides a formal mentoring program and peer group for high- potential tech entrepreneurs (read about it in the WSJ Accelerators here). He also co-founded GrapeArbor, an angel investor team composed of friends who pool their personal finances and expertise to back promising tech startups. He is program chair of VentureCrush, a group of founders, tech industry angels, venture capitalists, and senior executives with an interest in funding and supporting early-stage ventures.

Outside the office, Mark bikes as much as he can. He enjoys hiking, snowshoeing, jumping in lakes, and cooking with his family. He serves on the board of directors of Camp Belknap, a YMCA-affiliated summer camp in New Hampshire, where he was both a camper and a counselor (and sometimes wishes he still could be), and he serves on the Board of Start Small Think Big, a non-profit that helps low income entrepreneurs build and sustain thriving businesses to increase their financial security and stimulate economic activity in underserved communities.