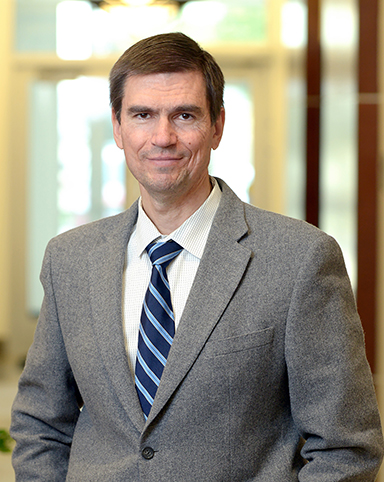 Eugene’s practice focuses on the patent prosecution of modern technology in the areas of software development, nanoscience, and electrical and computing engineering. Prior to the law, Eugene earned a Ph.D. in theoretical physics and is currently a professor of Physics and Astronomy at the University of Utah. Eugene has worked for more than two decades as a researcher, educator, and administrator at, Harvard University, the University of Colorado, and the Lorentz Institute at Leiden University, The Netherlands. He also was a postdoctoral researcher at Bell Laboratories/Lucent Technologies.

Eugene’s subject matter experience is broad and deep and encompasses substantive areas of physics such as spintronics, transport phenomena, optics of low-dimensional materials, interacting electron systems, and fluctuating phenomena in electronic and photonic systems. Fluent in Russian, he consistently delivers the ability to comprehend, analyze, and develop highly technical material and communicate it at any level of sophistication.

With experience in both the university and business settings, Eugene offers proven skill in management/administration and in leadership initiatives involving extensive and complex information. His ability to transition quickly and effectively between diverse intellectual tasks involving science, the law, and administrative advocacy is valued by everyone around him.

Eugene has 71 published refereed research papers in the field of theoretical condensed matter physics—including in nanoscience, spintronics, plasmonics, and interacting electronic systems—as well as in journals such as the Physical Review Letters, Physical Review, Europhysics Letters, and the Journal of Experimental and Theoretical Physics. Notably, Eugene coauthored a recent paper featured on the cover of the January 2017 issue of the American Journal of Physics.

With more than a decade of teaching experience in general physics, physics for scientists and engineers, solid state physics, electrodynamics, classical and quantum mechanics, and advanced solid state physics, Eugene received a teaching award from the University of Utah for his teaching achievements. In addition, his management experience includes serving as the University of Utah’s Associate Chair of the Department of Physics and Astronomy as well as the Chair of its Retention, Promotion, and Tenure Committee.

Eugene is available to draft patent applications and to consult and advise on patent-related matters where his specialized knowledge and experience may be particularly relevant.