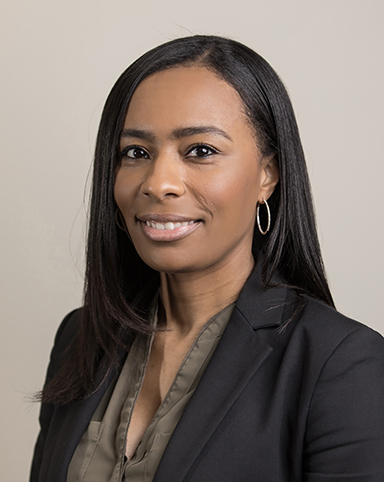 Shontae is a trial lawyer and dedicated problem solver whose practice is focused on white collar criminal defense and general commercial litigation. Having tried numerous cases to verdict as a Deputy Attorney General, Shontae knows how prosecutors approach, formulate, and resolve their cases, and she is better equipped to anticipate their next moves as a result. At her best when faced with complex claims involving serious ramifications, Shontae is able to establish an immediate rapport and trust with colleagues while working as part of a team to protect her clients.

She served as a student attorney for the Howard University School of Law Criminal Justice Clinic in Washington, D.C., and as a legal intern for the U.S. Attorney’s Office for the Southern District of New York. As a law clerk to the Hon. Gerald J. Council, P.J. S.C. in the Superior Court of New Jersey, Shontae assisted in all aspects of trial practice, including preparing bench and pre-argument memoranda and judicial opinions. She also mediated small claims cases in the vicinage’s civil court.

While in law school, Shontae received multiple merit scholarships and the Cali Award for Trademark Law and Professional Responsibility. A member of Howard Law’s trial advocacy moot court team, Shontae earned a Best Oral Advocate Finalist ranking and competed nationally as a member of the National Trial Competition Team. She also served as a Howard Law student ambassador and was a member of the Women Law Students Association. A track and field enthusiast who thrives on competition, Shontae is also a member of Sigma Gamma Rho Sorority, Inc.